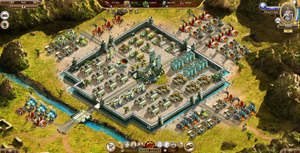 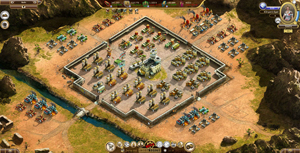 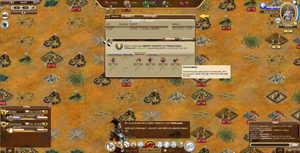 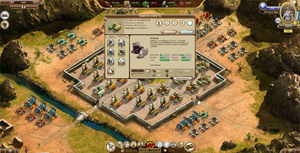 1.2 The general terms and conditions can be accessed at any time, on any Pixel Racoons Gamsite, via the „EULA“ link.

2.4 Pixel Racoons strives to maintain continual and error free access to Pixel Racoons Gamesites. However, no more than 95% annual mean access rate can be guranteed. Exempt from this clause is downtime due to maintenance or unforseen factors unrelated to Pixel Racoons.

2.5 Users have no entitlement to the game or features therein to be maintained perpetually or to remain unchanged from the original start of this agreement. Pixel Racoons reserves the right to change the game or any features therein at any time, without prior notice and without providing any reasons. In the case of termination, any open transactions or remaining credit balance will be refunded.

3.3 This Pixel Racoons Game and Gamesite service is provided to individual, natural persons, that fulfill the legal age requirements according to § 13 BGB at the time of registration. Legal persons or groups thereof are excluded from registeration. Access to the game for any commercial use is prohibited. Access to the Game for persons under age is only granted with permission of a legal guardian. It is possible that access to a Pixel Racoons Game is denied to persons under age despite the permission of a legal guardian.

3.5 The user has the right to terminate his Game Accounts at any time and without cause. The termination of this user agreement is governed by clause 10.

4.5 The user is expressly forbidden from using his Game Account, login information, services or features related to his Game Account or any Premium Features or virtual goods for commercial purposes. In so far as the exchange of virutal goods within the context of a Pixel Racoons Game is part of the game, it is only legitimate within the bounds of the rules governing such an exchange of virtual goods within the game. Monetary compensation is explicitly forbidden. All rights and claims of the user that are part of this agreement are governed by a ban on assignment as stated in § 399 BGB.

Revocation
The user may revoke his offer of agreement as part of his registration to a Pixel Racoons Game, the acquistion of any Premium Features or in-game currency within 14 days via text (mail, fax, email etc.) The period of notice begins only after the receipt of this revocation in the form of text and not before the conclusion of this agreement or the obligation of information according to Article 246 § 2 together with § 1 Subparagraph 1 and Subparagraph 2 EGBGB as well as our responsibilities according to § 312g Subparagraph 1 Sentence 1 BGB in conjunction with Article 246 § 3 EGBGB. As long as a revocation is sent within the 14 day notice period the Right of Revocation is in full effect. A revocation should be sent to:
Pixel Racoons GmbH,
Witzlebenplatz 4, 14057 Berlin Germany
E-Mail: [support@pixelracoons.com]

Conclusion
In the case of a proper revocation both parties agree to reimburse each other for the already provided services and any potential gains thereof (i.e. interest). Should the reimbursement of services or use, not be possible, be either in part or in the form of lesser value, compensation is due. This can lead to the user having to pay in full for all payment obligations prior to the Revocation of the agreement. The notice period for the fullfilment of payment obligations is 30 days. The notice period for the user begins when the Revocation has been sent and for Pixel Racoons upon receipt of said revocation. The Right of Revocation expires immediately if the agreement between the user and Pixel Racoons is explicitly stated as fulfilled, by the user, prior to the actual Revocation.

6. Responsibilities of the User

6.4 Pixel Racoons Games and the features and content that are a part of them, are continually being developed, changed, adjusted or cut. The user only has a right to access the version of the game currently made available by Pixel Racoons. Pixel Racoons reserves the right to change the game at any time and in any way it deems neccessary, unless the core premise of the game is fundamentally changed.

7.2 The user declares that no content that goes against existing law or this agreement will be shared with the Pixel Racoons Game or Gamesite community. Content that is insulting, defamatory, sexist, pornographic, racist, specifically violates the Youth Protection Act or that Pixel Racoons deems to be morally reprehensible or abusive, is explicitly forbidden. The user is furthermore prohibited from, (a) harassing other users via spam mail, pyramid chain letters, snowball systems and unsolicited audvertising (b) infriging upon rights (i.e. Trademark, Patent, or Copyright) or providing access to content or services to which the user has no rights (c) enganging in or supporting anticompetitive practices (d) utilizing the Pixel Racoons Game and Gamesite for commerical purposes.

7.4 The user declares that Pixel Racoons is not liable for any costs, legal fees, claims or compensation claims that result from the user generated content of the user infringing upon the rights of a third party.

8.2 The setting off with counterclaims of any kind by the user is only possible if legally established as final and absolute.

9.2 Pixel Racoons shall be liable for slight negligence only in the event of breach of a duty of essential importance for achieving the contractual purpose. Compensation claims in this case are limited to typical, predictable damage and may not exceed EUR 200,00.

9.3 This liability limitation also applies in favour of official bodies or vicarious agents of Pixel Racoons.

10.1 The contract between the user and Pixel Racoons shall have an indefinite duration unless specifically declared otherwise.

10.2 Both parties may terminate the agreement for access to this Pixel Racoons Game at any time and without prior notice.

10.3 The user may terminate the agreement either by contacting Pixel Racoons, with his Username and registered Email at support@pixelracoons.com or via Account Management on the Pixel Racoons Gamesite.

10.4 The right to terminate for good cause remains unaffected by clause 10.2.

10.7 In the case of an ordinary termination by Pixel Racoons, all other claims by the user are void.

10.8 Specifically the following cases would be cause for an extraordinary termination by Pixel Racoons:

10.8.1 If the user, after a period of 30 days, defaults on a payment of EUR 5 or defaults on such a payment more than once in a given year;

10.9 Instead of termination, Pixel Racoons also has the right to block access to an Game Account and the connected Pixel Racoons Games for a period of one month. The user is not obligated to pay for the blocked month of access.

10.10 In the case of termination, Pixel Racoons has the right to delete all user data realted to the affected Game Account and Pixel Racoons Games.

10.11 Termination may be declared indvidually for each Pixel Racoons Game.

Pixel Racoons collects, processes and uses personal user data exclusively for providing the services outlined in this agreement and for billing. In so far as it is neccessary for billing or the processing of payments, Pixel Racoons has the right to transfer personal user data to third parties. Furthermore Pixel Racoons records the individual actions of a user within the context of accessing and playing Pixel Racoons Games. These recordings are used exclusively for user support, adherence to the ruels of conduct and this EULA, as well as to ensure system security and operational integrity. Personal user data is deleted or anonymized immediately when no longer required for the purposes outlined in this clause.

12.1 All changes to this contract must be made in written form. The same applies to a waiver of this requirement.

12.4 This agreement is governed by the law of the Federal Republic of Germany to the exclusion of the UN Convention on Contracts for the International Sale of Goods together with the conflict of laws of international private law. Insofar as the Customer does not have a place of general jurisdiction in Germany or has transferred his place of residence or habitual abode to a country other than Germany after conclusion of the contract, the parties agree that that Fürth is place of jurisdiction. Additionally Pixel Racoons retains the right for legal recourse at the place of general jurisdication of the user.